At Last… A Breakthrough Process That’s So Powerful, It Obliterates Your Deepest Emotional & Mental Blocks Fast!

…even if you’ve already undertaken years of therapy.

What Makes Innovatrix® Different to Anything Else?

Shift from anger, resentment, worry, or not feeling good enough… to being bulletproof, peaceful and in love with life… in as little as 20 minutes.

“The results are so spectacular we guarantee a result. Nobody in the industry offers that.  It does in a handful of sessions what most traditional therapies take years to achieve.”

It’s a long-lasting, ‘MALE-SPECIFIC’ solution that puts you back in control of your confidence and success… faster than ANYTHING else does in the industry.

EXPERIENCE YOUR OWN WAKEUP CALL

…WITHOUT THE PAIN OR TRAUMA

Imagine an ENTIRELY NEW perspective on life, on yourself and others in just minutes. That’s what YOU can experience during your own ‘on purpose’ wake up call.

Would You Like to Experience Your Own Innovatrix® Breakthrough?

You don’t need to endure endless sessions of talking about your feelings or relive painful emotions from the past.

The process is fast. It’s painless. It’s even enjoyable. Plus, it lasts! 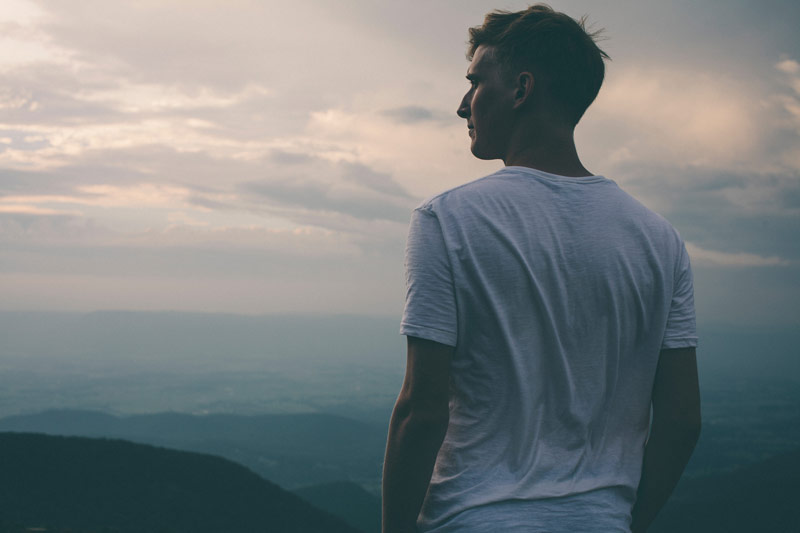 Innovatrix® rewires your neurology using a process that goes way deeper than hypnosis, NLP or Timeline Therapy does.

IT WORKS IN 5 STAGES… 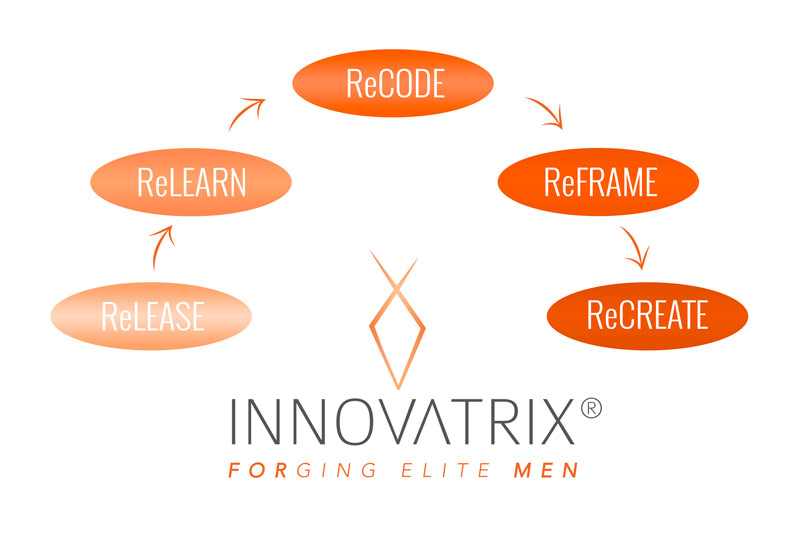 SAY GOODBYE TO ANY (YES, ANY) ISSUE

It even works for clients who have spent years in therapy and after finding that NLP, Kinesiology, tapping, hypnosis and other modalities don’t work.

Sound too good to be true?

Watch a LIVE Innovatrix® Breakthrough and See For Yourself:

Experience your own Innovatrix® Breakthrough.

Men who have struggled with emotional issues for years, even decades, and have endured years of therapy with little improvement, are achieving instant and long-lasting breakthroughs with Innovatrix®.

So – why does Innovatrix® work FAST and deliver long-lasting results when other modalities don’t?

Here’s what makes it so special:

Yes, that’s right. It’s no secret that men and women think differently. Behave differently. So how could one process work for both genders if our brains are different? That’s why most types of therapy and emotional breakthrough processes deliver inconsistent results. And that’s one of the reasons too why men are having massive life-changing experiences with INNOVATRIX®. Because it’s tailor-made for the way men are wired.

INNOVATRIX® is based on the Science of Epigenetics which proves that our genes are inherited … not just the physical issues but also the ‘attitudes’ and ‘mindsets’ of our ancestors before us. INNOVATRIX® clears these out too as well as issues they may be carrying form their childhood.

Other transformational tools and therapies sometimes take years for a man to let go of one insecurity (such as ‘fear of failure’) yet it usually takes less than 20 minutes with Innovatrix®.

The Innovatrix® process causes men to KNOW in their gut (at their deepest core) the life learnings they’ve been missing for all their lives. This stops them from going backwards again. They’d have to literally dumb themselves down to go backwards.

ENSURES ONLY ‘CLEANED OUT’ FACILITATORS

Many coaches and therapists are struggling with their own emotional issues so it’s impossible for them to be of full service to their clients. All INNOVATRIX® Transformologists® receive ongoing sessions with us FREE to ensure they stay performing at optimal levels. So – you can rest easy knowing that the Transformologist® you work with isn’t struggling with their own issues.

“This tool is going to revolutionise men across the world.”

My focus was on business. Since I’ve had Innovatrix®, my business has skyrocketed in six weeks. Luke

Before I did Innovatrix®, I had performance issues, I had self doubt, I struggled with nerves. Judgement. It would beat me up. I was so worried about what people thought and going out and be judged. Just through three sessions it wiped the whole lot. Now, I’m probably one of the most confident people that people have probably met. Ash

Nervousness and anxiety. It overwhelmed me. It halted me in my tracks. It was the catalyst for me to run away and escape. I left a country and a continent because of that. I’m not feeling it anymore. I just want to laugh. I know it was real then. It’s not now. Paul

Innovatrix® is the brother of Creatrix®, which is the brainchild of Maz (Marylin) Schirmer – Founder of the Institute of Women International™, Global Transformatrix® and Transformology®.

Maz’ early life was like a horror story. Long term unemployment. Multiple accounts of sexual abuse by multiple men. Raped at gunpoint. Victim of domestic violence. Poverty-stricken. Living in hiding for 400+ days. Not only that, she was epileptic with ulcerative colitis, a heavy smoker and mother of 4 children.

At 30, she had an epileptic fit which gave her wake-up call that turned her life around. Maz became obsessed with personal development, mastering every technology & therapy she could get her hands on. She went on to become #1 in a Fortune 500 company and trained tens of thousands of women but she realised that something was missing.

One day, she stumbled across the SECRET for creating RADICAL transformation in WOMEN. She developed Creatrix®. Today, there are hundreds of Creatrix® Transformologists in 11 countries, and thousands of women’s lives transformed.

Maz also wanted to help men but Creatrix® didn’t work on them, so she teamed up with a man to help her slightly re-work the ‘female-specific’ tool (Creatrix®) to suit the minds of MEN!

That’s how Innovatrix® was born. We began achieving the SAME outstanding results with men, that thousands of women had experienced with Creatrix®.

More Before & After Results

Bryce is completely blown away by Innovatrix®!

Sean trumps his fear with Innovatrix®

These men give their feedback on the process

“This only makes you a better person.”

Who Is Innovatrix® Right For?

Innovatrix® works for men of all ages and from all walks of life. Even if you’ve tried other therapies before. And – even if you don’t know what your issue is.

This IS For You If…

This Is NOT For You If …

Before we begin, we want to be sure Innovatrix® is right for you and you’re right for Innovatrix®. That’s why, as a first step, we go through a Pre-assessment interview to get to know you so we can be sure we can help. From there, if you’re accepted as a client and you decide to work with us, we work together to break you through!

Yes! I Want a Breakthrough

7 Ways Your Life Will Change Forever:

1. Restore the joy, passion, and harmony into strained relationships

2. Feel confident and on-fire at work.

3. Develop a sense of inner peace that had eluded you in the past

4. Be brimming with energy, vitality and a renewed sense of wellbeing

5. Become an inspiring role model to your kids

6. Fall head-over-heels in love with all areas of your life

7. And finally realise how amazing you are – just the way you are.

Typically, the issues that Innovatrix® clients come to us about, are significantly affecting one or more areas of their life. After a breakthrough, they find that all areas of their lives improve – their relationships, their finances, their career, their self-esteem and much more.

Imagine what your life will be like when all those negative emotions – that had a stranglehold over all areas of your life – are a thing of the past?

Innovatrix® obliterates self-sabotage, lifelessness, feelings of failure or hopelessness, hurts from past negative experiences… and any self-doubt or limiting beliefs. Even PTSD will be a thing of the past after you experience this process.

PLUS… it works faster, more easily, painlessly, and more long-term than even PSYCHOLOGY, counselling, NLP, EFT, ‘guru’ success formulae, coaching and ANYTHING ELSE you can think of.

All gone – in as little as 1 session.

So – what are you waiting for?

This is most likely the missing piece you’ve been searching for all your life.

I Want a Personal Breakthrough